Hulu entered the online video streaming market in the mid-2000s with a slightly different premise than the rest of the alternatives. Instead of just offering a back catalogue of titles, it’s plan was to feature fresh TV episodes the day after they have aired. If we couldn’t watch the show in the first round, then we have a few weeks to watch it on Hulu.

Hulu is a simple idea but caught on it in a big way. The service’s limited selection and restricted accessibility caused few problems around the world. Fortunately, there are plenty of alternatives to Hulu, which can help us to keep up with our favorite shows. 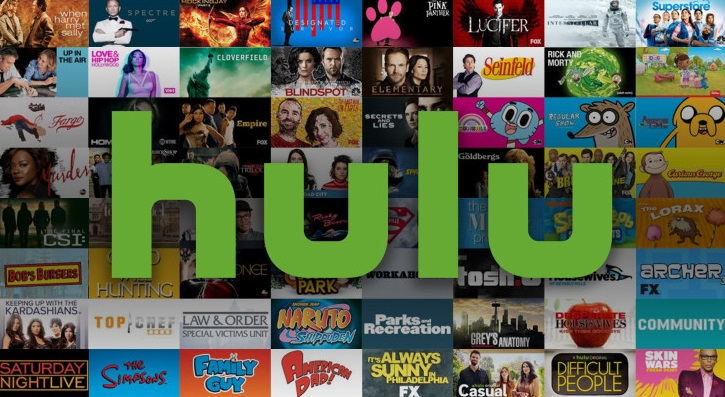 There is no shortage of services like Hulu. Usually, paid subscription services provide faster and more convenient services, especially when we want to replace Hulu. Here is the list of few alternatives to Hulu.

Amazon Prime Video launched an instant video streaming service in 2006 with the goal of competing with Netflix and Hulu on demand for the TV market. The service combines a movie store with plenty of free films and series up for grabs, everything from new content to classics, all available at the click of a button.

With the help of amazon video, we can also rent new releases for a small fee, comparable to Apple TV or Google Pay Rentals. Free movies are just limited to amazon prime members, which is unfortunate, but if we are able to spring for this extra, which makes it a hearty alternative.

The limiting factor in it is we can’t watch new release TV episodes without buying them individually. Its instant availability is also greater than Hulu, and it is recently launched in countries like Canada, India, with many more scheduled for the near future. Amazon Prime Video does a good job replicating Hulu’s experience, along with few perks of its own.

Netflix has been around longer, has a large variety of movies, and delivers arguably better original productions. By comparing the catalogue shows, both the services have their fair share of hits, but Netflix tends to keep a better selection of movies on hand. If we can’t get new release TV episodes, but entire series are still archived here for easy binge-watching.

Netflix wins major points for being available in many countries around the world, whereas Hulu is just limited to the US and Japan. It means that it is needed to resort to VPN or Proxy services to watch a movie. The price point is also the same as Hulu, and it doesn’t charge extra for delivering videos without ads.

Sling TV is newer than most of the sites like Hulu, but it doesn’t mean that it is less powerful. The company uses the tagline “A La Carte TV” which is a fancy way of saying “TV the way we want it.” Instead of dropping cash on expensive channel packages filled with content we’re not interested in. It picks and chooses the networks we want to access and pay for them individually.

Sling TV is good for conductors who are looking to keep good TV access without all the fluff, and it is both convenient and inexpensive as well. It stands up as a great alternative for Hulu. It focuses on fresh TV content lets it compete with Hulu’s main draw, and even though it won’t get quite back catalogue of content and it is still nice to be able to watch shows as they air. Sling TV is currently available for a wide variety of devices, but it is limited to streaming inside the US.

While selection, variety, price, and worldwide availability are strong suits, then reliability and video quality are two of its drawbacks. All these depend on the add-on we install, which means finding the right content is extremely important. CloudTV is not only a great alternative to Hulu but also an impressive streaming product on its own. Using add-on means gaining access to a massive number of channels around the world, all free of cost.

One thing that Hulu is well known for its great selection of anime. Crunchyroll is a kind of US-based TV service which has so much Japanese content to choose from, but certainly, we are not complaining. Despite Hulu’s large catalog of anime movies and series, we still won’t find an exhaustive collection of content.

On the other hand, Crunchyroll is made for anime fans who are serious about their hobby. It has about 25000 episodes of anime, animated movies, Asian movies, and everything from Naruto attack on titan, sword art online, HUNTERxHUNTER, and more. This service is available on an impressive number of devices and plenty of regions, all in HD and DVD quality, with no ads.

Despite all shutdowns and mysterious source disappearances to Hulu, few add-ons have managed to weather the storm. Two of these are UK Turk and Bennu, each of which provides a stellar list of free TV and movie streaming sources around the world. No region restrictions, no paywalls, no crummy video quality, just loads of working links, and an endless supply of content.

Crackle is an incredible alternative to Hulu. For starters, it is available in 21 different countries on a massive variety of devices, beating Hulu in every aspect. There’s also a healthy selection of movies and TV shows to watch, all of which are completely free of cost. No subscriptions are required to use crackle, though we will have to sit through a few ads to finish our show. Crackle also has few original programs up for grabs, though they don’t really compete with Hulu’s offerings.

Pluto.TV aims to provide everything from sports to live news on a wide variety of devices, and all are free of cost. We can connect the service through most streaming devices, including Roku, Apple TV, Android TV, and Amazon Fire TV Stick, then browse through over 100 free channels of content. Free movies, free TV shows, Free Sports, all are without any kind of contract or fees. Pluto TV doesn’t have a catalogue that is near to Hulu does, but there is no shortage of entertainment options.

Popcorn Time has had a rough life. The website keeps getting shut down by copyright holders, but each time this happens. It reappears under a new URL with even more content. Popcorn Time almost focuses exclusively on big-name movies and Hollywood features, so we can’t find many TV shows or classic films here. Instead of having a limited catalogue, here we’ll be able to check out every new release imaginable, all with just a few clicks. Popcorn Time is easy to use and has some high-quality content.

USTVNow was built to help travelers and military personnel who stay away from home for long periods of time. Being stationed outside of the US means we inevitably miss out on local news and programming from back home. USTVNow now comes up with a variety of broadcast channels that stream live content to a wide variety of devices.

If we upgrade to a paid version, then we can even watch cable channels and record our favorite shows to watch later. USTVNow is something unusual for Hulu’s alternative, but it is hard to argue with the price.

Putlocker has a rough reputation in the online world. Despite this, it has somehow managed to survive for years, changing URL s, and shuffling its content on a regular basis. Putlocker works as an index to content sources around the web, letting anyone stop by, browse for a movie or TV show, and can start streaming.

Nothing is specifically hosted on front-end, which can lead to broken links and poor quality films, but if a show or a movie works, then it’s as easy and straightforward as can be. There are many other alternatives for watching movies for free and Putlocker is one of those good alternatives.

If you are a huge fan of sports like NBA, Baseball, Cricket, Tennis, Soccer, etc., then Stream2Watch website is for you to view all these with your favorite snacks and drinks.

Hulu has been emerged as one of the top streaming services in the world, despite its limited availability. Even if we don’t live in U.S.or Japan, we can find some amazing alternatives to Hulu around the web, including high quality paid services, free streaming websites, and a wealth of add-ons and extensions.

2 Chainz Net Worth Net Worth, Career, Life, and Biography