With the growth in increase in technology usage of internet is rapidly increasing. Almost everyone who is privileged to buy a smartphone have access to internet. Internet today is as essential as food. It is nearly impossible today to live without internet today. If you will observe then you will definitely notice that commonly used applications or websites are social networking websites.

Yes, we mostly use internet today to get social. These social networking sites are used by millions to get social with people who are far away from where you are living. It is also used for various different tasks, but mostly used reason is to get social. Well these are the reason which is why Facebook, WhatsApp and Snapchat is popular and in demand.

Other than Facebook there are various real time chat sites are also available. One of them is Omegle. Omegle is a chatting platform which is used for conversation between two persons in real time. Conversation on omegle can be done via the video, audio or just sending plain text to each other. It is considered best place to just get to know any person who is complete stranger to you. That’s the reason why it is overpopulated also.

10 Free Sites Like Omegle Where You Can Chat With Strangers

If you are interested in knowing about some other chat options available then given below are some of the websites with their features to choose one among many.

Unlike its name its popularity among audience is not tiny. It is definitely one of the largest platforms for voice and video chat service which is available on internet today. It also claims that if users are combined then it is capable of producing 5 million minutes of airtime. Here you will also find thousands of chatrooms available. It not only consists of chat room created locally. But people can also add or find a topic that they are looking for. Therefore, you can add topic as well as search for your topic.

People over tiny chat can talk to each other using mic, video or also using instant messaging. There are different functionalities available in tiny chat but one of the greatest features is that it is capable of creating around 12 video feeds per room and it also takes in use an API where users can actually stream live video of show hosted on the service without spending any cost.

Chatroulette is a unique kind of free chatting site which uses web cam for chatting. It also uses different pairing strategy. Chatroulette is actually derived from popular game played in Russia called roulette. Roulette is actually a lethal game in Russia in which player is required to place the muzzle against his head and place a single round in revolver. Here spinning of revolver’s cylinder is reminiscent with the spinning wheel of roulette.

In Chatroulette instead of playing with the gun you are supposed to interact verbally either through typed message or using webcam. If during the conversation you say something which your partner doesn’t like then they have complete liberty to leave the chat. In other words it can be said as killing conversation.

It was initially created by a 17 year old kid who gained a lot of acceptance. But it was not as effective as today. After several years of work on it and experimenting with it, today it is in real capable of filtering out inappropriate behaviour. It consists of users who are under 30 and more male that female.

Chatroom like every other chatting website is looking for success as much as different popular websites for getting social such as Facebook, YouTube etc. Reality is that it came into existence as replacement of Chatroulette because they were continuously changing rules very often. It also provides communication via webcam or typed messaging and it also pair user with random user to communicate with.

One interesting factor about it is that it is continuously adding up new countries along with augmenting new languages too. Basically it is trying to connect world together by removing barriers. Along with these features you are provided with functionalities of filtering out people you want to chat with.

Fruzo is a platform for providing online dating service with the help of social network. It connects user on the basis of their Facebook profile or else people can create entirely new profile for them. Using these profiles a potential match is found out by the site. All of these potential matches searching is done with the help of searching function which use data such as age, gender, location and keywords for searching. This can be used anywhere and anytime.

It is also random chat site but with high level functionality of video chat conferencing. In this you can communicate with more than one person at a time. For now limit is up to three persons at a time. Basically it isn’t focusing only on connecting random people but also some extra features. It is definitely trying to catch up with service provided by skype.

In this you can create your shareable profile where it is encouraged to share about your favourite YouTube videos along with pictures you would like to share. This is actually much more than just random chat site as it has launched its game also called flappy which obviously look pretty tough to crack.

It is mostly experimental project which is connecting people. But it is non- commercial site as it doesn’t promote ad in between. It is set up for the conversation between random strangers depending upon the specification of users about what kind of person they are looking for.

If you will explore this site then you will get to know about different categories for talking such as Nothing Special, dating, Small Talk, Freak show etc. These categories are picked on the basis of mutual interest. Basically person who is looking for small talk is paired up with another person of same interest.

iMeetzu rather than a random webcam chat site, it is more like Omegle. It also allows you to create chatroom for random live video or to text for communication. But it has got features more than omegle where in along with randomness you get to be part of joining a free online dating or friend finder.

It is also gaining popularity among users and everyday more than thousand users are jumping into this chat site. It provides you chatroom feature along with helping you in finding perfect date by communicating face to face using video or using text for conversation.

It is another random chat site which claims it to be G-rated version of sites like Chatroulette. It is also considered strict on users who misbehave. It tries to keep everything clean with providing 24X7 support of moderator to take control of it. They ensure that no one below 18 is using this chat site.

It is trying to ensure a safe environment for all the users communicating. It is also protected from adult behaviour.

FaceBuzz is also a random chat site but with a whole lot different purpose. It consists of chatting but whole motto is to make people laugh. It includes wearing some pretty clever costumes and coming up with new ideas. You can also rate user which makes it even more interesting.

Here on this chat site if you like someone then you can send them request and after acceptance you can start conversation. Also you can befriend with the mutual friends of each other. Most importantly this platform is for making people laugh and to let them enjoy.

It is also a chat site which pairs you up with random person with whom you can communicate online using webcam. But it also takes into consideration that this platform should remain clean. To ensure this it has provided skip button to come out of conversation.

In mean time if you are bored then there are some games also provided to kill boredom. They have extraordinary set of games including playing some of your favourite music or playing a guitar etc.

Above mentioned sites were some free chat site options available to you. As per your choice and requirement you can choose any of them you like. But before that as internet can be potentially harmful to you as cyber bullying is increasing. Therefore, there are few things you should keep in mind before connecting to anyone to avoid any kind of harm to you and your family.

Firstly try not to indulge into something which you will regret later. It’s your responsibility to keep these platforms safe for you and others. This can be done by reporting immediately to right person whenever you find something inappropriate happening to you as well as to other person. 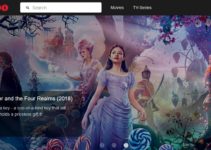 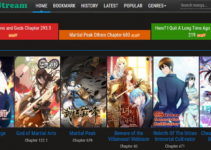